So the eagle eyed amongst you will have noticed that my book review earlier today should have been on the blog tour yesterday – so sorry Effie Kammenou!

But I am also delighted to be on the Blog Tour for Debut Thriller ARCAM by Jason Minick – thanks to Kelly at Love Books Group for the opportunity.

A FAST-PACED CRIME/CONSPIRACY THRILLER THAT IS FULL OF SUSPENSE:

DCI Jack Robson believes he is hunting a kidnapper…

Away from his posting in London, Robson is asked to lead an investigation in the south west of England. But what begins as a baffling local kidnapping mystery, quickly escalates into something far more sinister.

In pursuit of the perpetrators, DCI Robson joins forces with Inspector Emma Wilson and the rest of the regional CID team. Together, they attempt to make sense of the lack of evidence or motive, eventually getting drawn to the tiny island of Steep
Holm, in the Bristol Channel.

As the investigation progresses, Robson, Wilson and their colleagues find themselves facing something far beyond normal detective work. Unthinkable connections lead them to a conspiracy, so great it could change the course of humanity. The question is, can they intervene before it’s too late to prevent the appalling future that potentially lies ahead …

What a read!  Initially the book appears to be a fast detective thriller following the spate of kidnappings, but quickly there are darker undercurrents emerging.  I like the fact that Robson is a fully rounded character from the off as a background story about his family is quickly shared with the reader.  This history shapes him and his decisions within his detective work, but also his emotional decisions and his working relationships.

This is explored throughout the book as the relationship and bond between Robson and his Inspector Emma Wilson develops.  The happenings that they stumble upon and situations that they find themselves in require honesty and trust – although Wilson at times does struggle with some of Robson’s decisions that aren’t quite by the books.  I admire both characters – they are strong, determined, bloody minded and physically capable even if they do encounter several visits to the hospital!!

The descriptions of the region are picturesque with landscapes that include the coastline, a nature reserve and the sea.  But the real adrenaline rush comes from the suspense and the sudden realisation of what is going on – the use of suspense and critical language is superb.  I applaud Mr Minick for such a fantastic quality of writing and catching such a successful feel of anticipation, fear, excitement and dread in his debut novel.  I believe that the relationship between the two detectives has a long, long way to run yet – I can’t wait for the next in the series!

Jason Minick is an engineer living in the south-west of England. He has a passion for the written word and reading.

Jason is a fan of many genres. His debut novel, Arcam, is a crime/conspiracy thriller set in his favourite part of the UK.
He lives with his wife, Emma, and his three children, Lucy, William and Sophie. The family share their home with two very small dogs, Digby and Tizzie.
The author is currently working on the second book in the DCI Robson series, the sequel to Arcam.

So sad to have lost my lovely boy 8 weeks ago 😢 In “Farewell my chronic companion” I have tried to explain how he became so much more than my pet Https://painpalsblog.com/2020/02/06/farewell-my-chronic-companion/ - direct link in bio
I’ve been away from Insta for a while - but I’m back and my OT has been busy helping get me a new gadget! Now I just need to locate the go fast button.... #chronicillness #ehlersdanlossyndrome #invisibleillness #chronicpain #mobility #stairlift
The request was “A Series of Unfortunate Events cake please, Auntie!” A challenge........ #birthdaycake #seriesofunfortunateevents #birthday #lemonysnicket #lemonysnicketsaseriesofunfortunateevents #aseriesofunfortunateevents
Missed the last few days of advent beauty (no spoons!) - so better late than never! Days 22 & 23 stila Smudge Stick Waterproof Eyeliner and Autograph Luminosity Luxe Multi Bronzer #spooniebeauty #adventcalendar #makeup
3 in one beauty Advent for days 18, 19 and 20 - Formula Absolute Ultimate Sleep Cream, Autograph blusher brush and Living Proof Perfect hair Day 5-in-1 styling treatment #adventcalendar #advent #spooniebeauty #christmascountdown #haircare #beauty #makeup
Advent beauty day 17 - “balanceme” natural skin care Wonder Eye Cream.....triple action eye cream to address dark shadows, firm skin and reduce puffiness! #adventcalendar #spooniebeauty #christmascountdown #skincare #marksandspencer 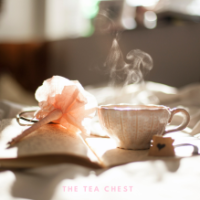 A social app for the disabled community

Self Care for Chronic Illness