It has been a momentous week with a royal wedding that broke the mould, the British weather behaving itself, a couple of little football matches (Blue supporters in my house very happy….well royal blue fans anyway) and the Bloggers’ Bash and Annual Bloggers’ Bash awards.  Well our golden invite was lost in the post, but tickets were already booked for the Bash so we would have politely declined anyway – who would have turned down the opportunity to meet good friends in person?  So hubby and I set off for Chiswick, with the dulcet tones of Chris Evans on BBC Radio 2 keeping us updated on the beautiful day unfolding in Windsor.

We arrived to be met by those giants amongst bloggers Shelley and Hugh …. at the George IV pub and then the game of spot the blogger began in earnest.  Hubby was completely out of his depth, having only ever glanced over this blog, so to be surrounded by so many other bloggy people left him reeling!  But with the wonderful Geoff, resembling a curious reverse version Papa Smurf with his blue beard, and his partner in crime, Graeme overseeing the smooth running of the day we were in for a treat!  Bloggers’ Bash Queen Sacha took to the stage to welcome us and introduced the whole committee: Shelley, Hugh, Geoff, Graeme, the beautiful Suzie Speaks, elegant Helen and last, but by no means least, Adam.   Thank you to the whole committee for a fantastic event and your hard work this year!

I was delighted to meet my heroine Ritu – she also had a non blogging hubby with her, so we left them talking football, curry and kids – along with old online friends and new blogger pals.  The day flew by with laughter, food, drink, sunshine and more laughter.  There were even a few awards given out!!!  The diversity and talent of all the nominees is wonderful to see (and read!) – and the number of people who took the time to vote is testimony to the fantastic movement that Sacha and her team have built up.

So without further ado, and as I am much later with this than normal, the blogs for this week have to be the Award winners!

So check out some fantastic blogs and for a full list of the winners and runners up go HERE!

Have a great week,

22 thoughts on “Monday Magic – Inspiring Blogs for You!”

So sad to have lost my lovely boy 8 weeks ago 😢 In “Farewell my chronic companion” I have tried to explain how he became so much more than my pet Https://painpalsblog.com/2020/02/06/farewell-my-chronic-companion/ - direct link in bio
I’ve been away from Insta for a while - but I’m back and my OT has been busy helping get me a new gadget! Now I just need to locate the go fast button.... #chronicillness #ehlersdanlossyndrome #invisibleillness #chronicpain #mobility #stairlift
The request was “A Series of Unfortunate Events cake please, Auntie!” A challenge........ #birthdaycake #seriesofunfortunateevents #birthday #lemonysnicket #lemonysnicketsaseriesofunfortunateevents #aseriesofunfortunateevents
Missed the last few days of advent beauty (no spoons!) - so better late than never! Days 22 & 23 stila Smudge Stick Waterproof Eyeliner and Autograph Luminosity Luxe Multi Bronzer #spooniebeauty #adventcalendar #makeup
3 in one beauty Advent for days 18, 19 and 20 - Formula Absolute Ultimate Sleep Cream, Autograph blusher brush and Living Proof Perfect hair Day 5-in-1 styling treatment #adventcalendar #advent #spooniebeauty #christmascountdown #haircare #beauty #makeup
Advent beauty day 17 - “balanceme” natural skin care Wonder Eye Cream.....triple action eye cream to address dark shadows, firm skin and reduce puffiness! #adventcalendar #spooniebeauty #christmascountdown #skincare #marksandspencer 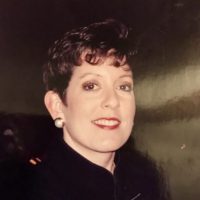 Looking For The Light

Learning to Live with Chronic Illness